On 21st Sep’13, In Baroda for “TUHI MERI JINDAGI” organised by Sun communications (Singer Pritesh Shah), where one LED screen was installed for background of the stage and four other LED SCREENS were used.

All five LED SCREENS were seamlessly synchronized with graphics as well as Static Banners which was unusual and unique for live programme/events organised in Baroda so far.

This unique concept has garnered felicitations by all guests and organizers present, All Snaps and visual effects can be seen here…. 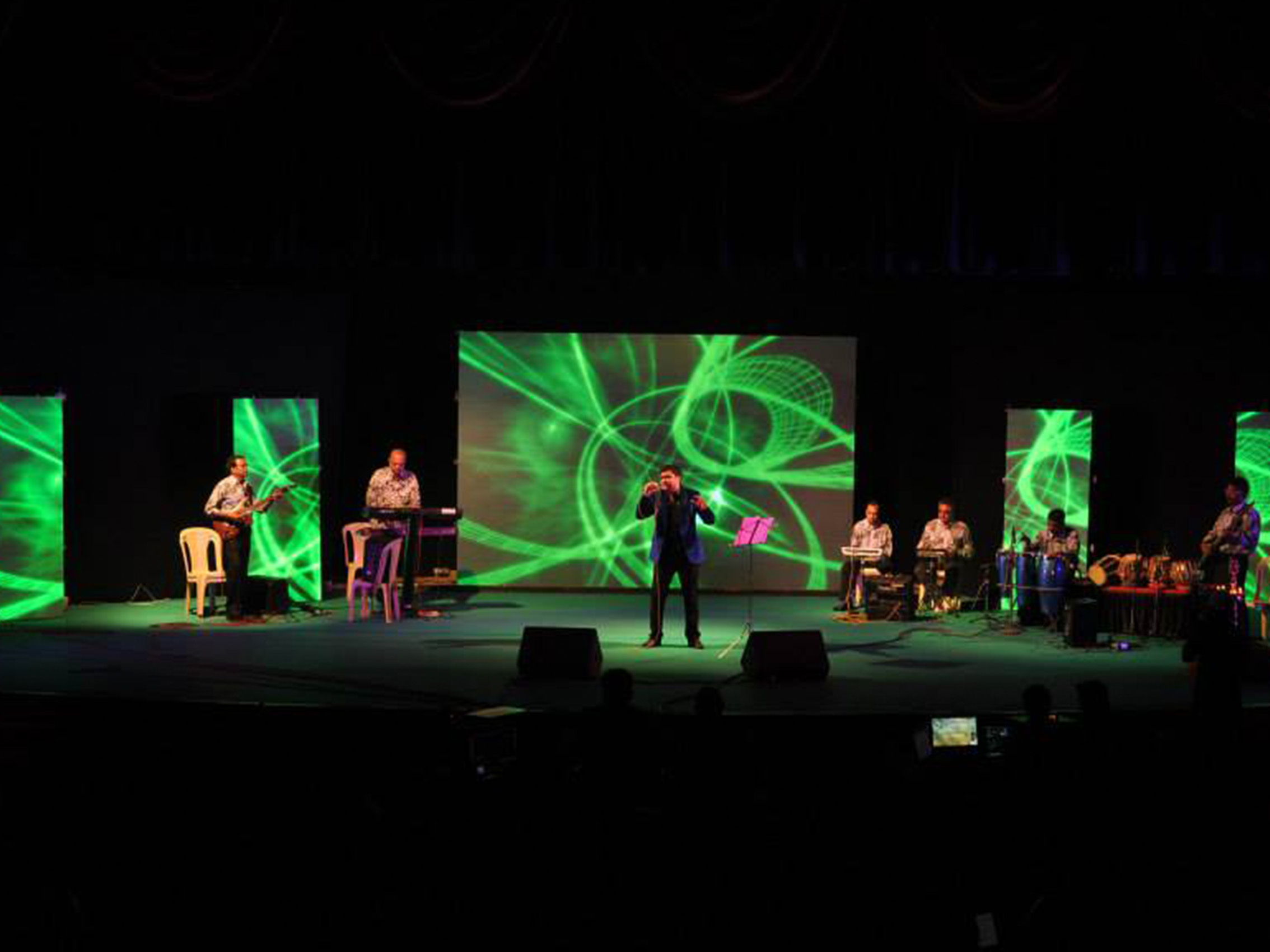 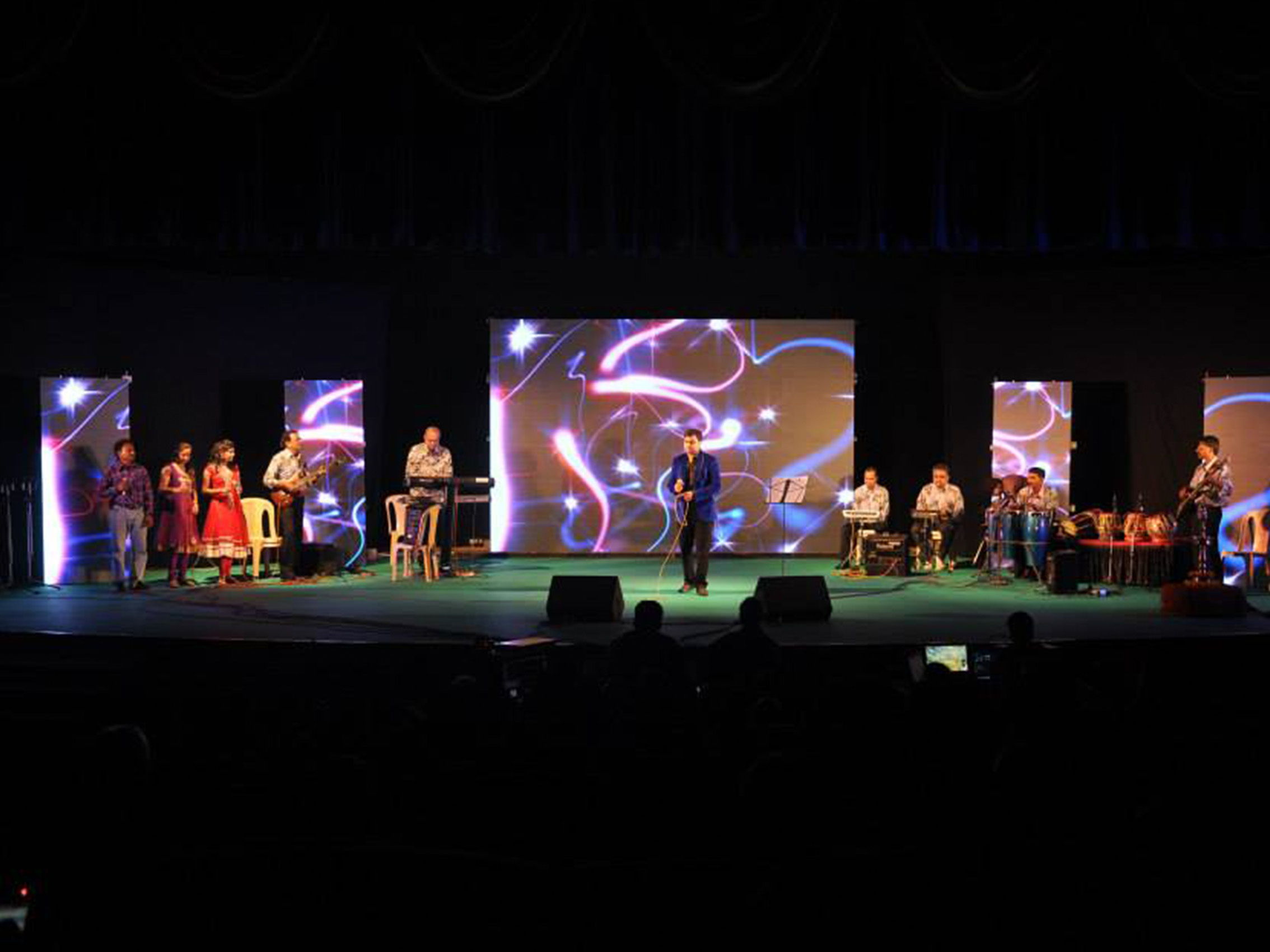 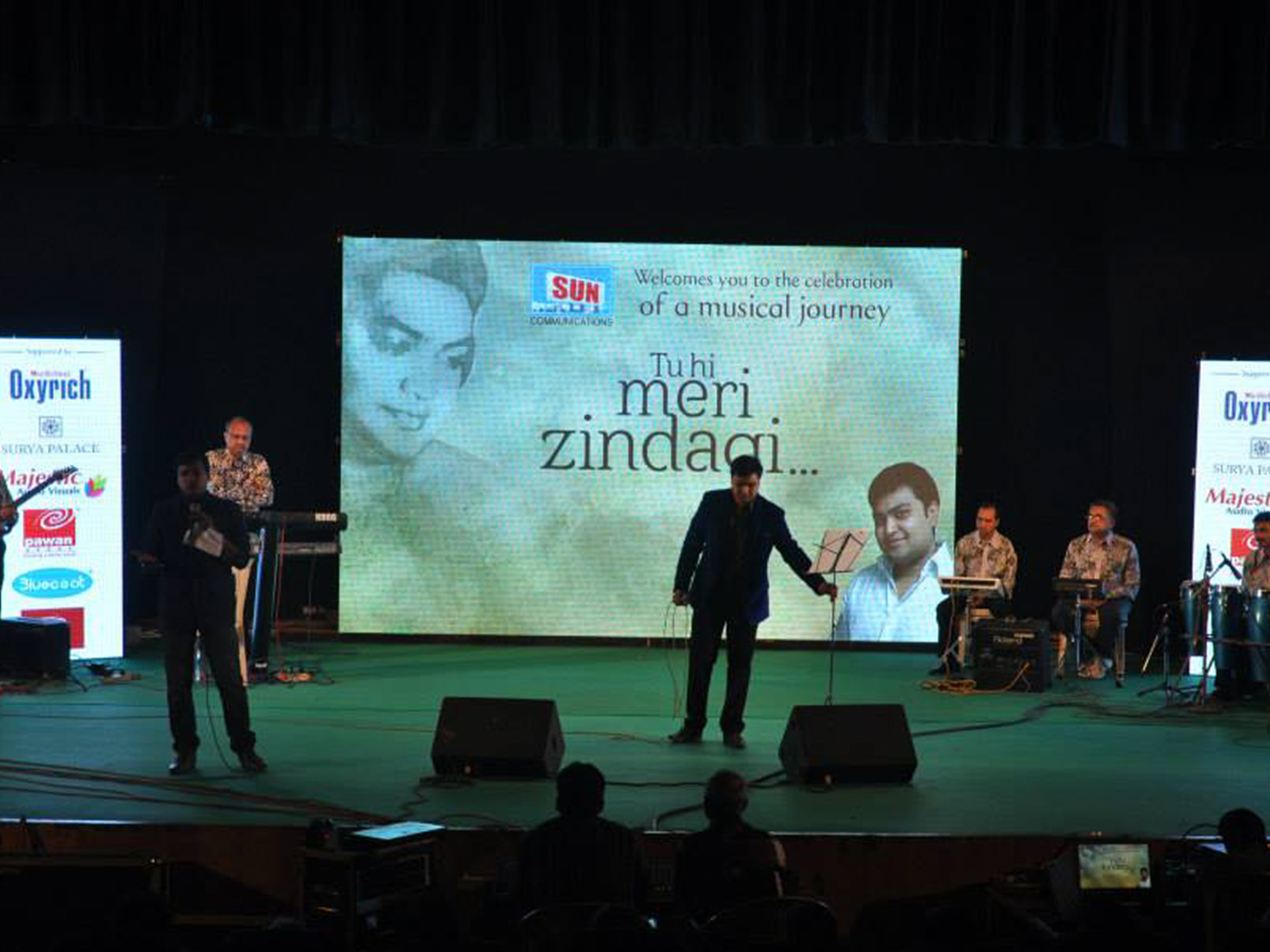 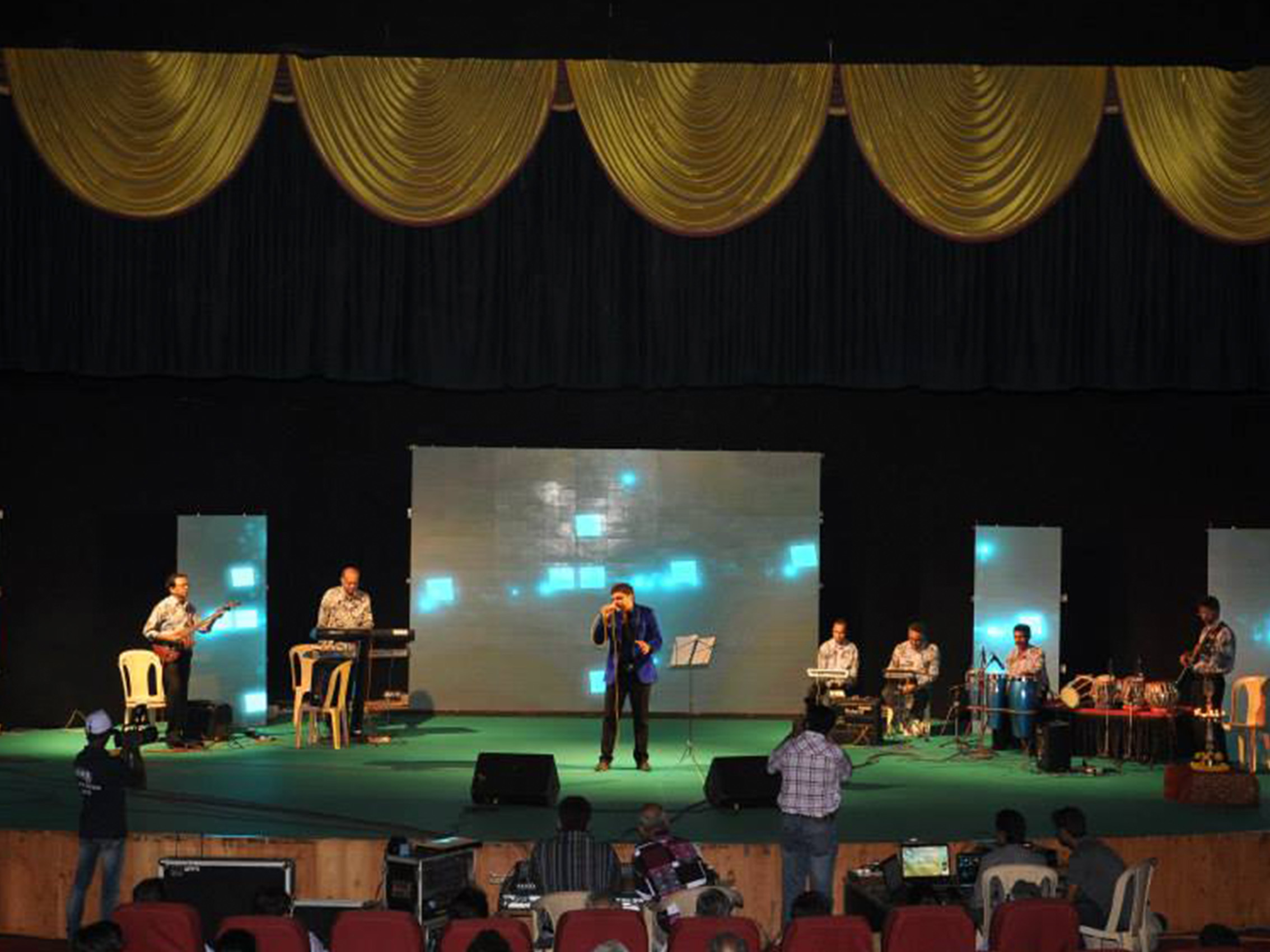